Women of the Week 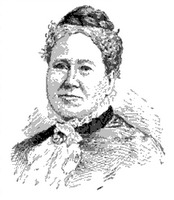 Better known by her pseudonyms "Madeline Leslie" and "Aunt Hattie," Harriette was an author, editor, playwright and publisher.  As her A Woman of the Century profile notes, Baker penned "nearly two-hundred moral and religious tales" (46).  Tim, The Scissors Grinder was an extremely popular work. She also wrote Reminiscences and Records of My Father, Leonard Woods, D. D., of Andover.  In addition to her books and play, she also wrote for the Boston Recorder, the Congregationalist, Harper's Magazine, the New York Observer, The Puritan, and Youth's Companion.

Later in life, Harriette wrote her autobiography: Leslie, Madeline.  The autobiography of a very remarkable woman / edited by Walter Baker.  London : A.T. Roberts, 1894.   She passed away in Brooklyn, New York on April 26, 1893. 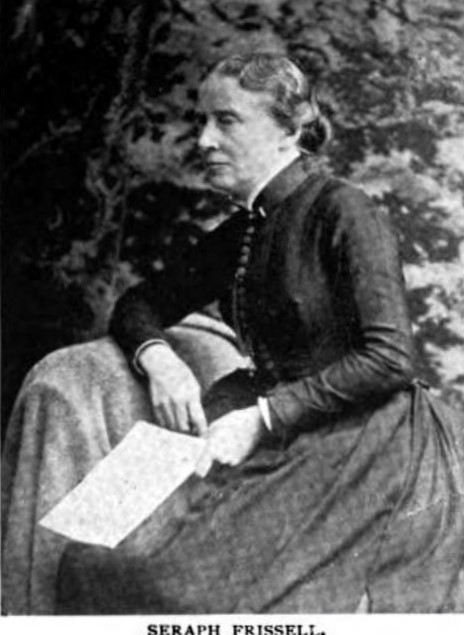 Physician Seraph Frissell was born in Peru, Massachusetts on August 20, 1840.  She attended Mount Holyoke Seminary, while also teaching, and graduated in 1869.  Seraph continued teaching until 1872, when she began her medical training at the University of Michigan.  Seraph interned at the New England Hospital for Women and Children in 1874 and graduated from the University of Michigan the next year.

After attending lectures in New York City and  practicing in Boston, Seraph began her Pittsfield, Massachusetts practice in 1876.  In 1885, when she moved to Springfield, Massachusetts, Dr. Frissell became the first female member of the Hampden Medical Society and a Fellow of the Massachusetts Medical Society. She doubled her work during the  1890-1891 academic year, serving as a physician and lecturer at her alma mater, Mount Holyoke, while continuing her Springfield practice.

A Congregationalist, Seraph was a member of the South Congregational Church in Pittsfield until she joined the First Church of Christ in Springfield on May 3, 1885.  Interested in missionary endeavors, she was involved with the Woman's Board of Missions.

Also a supporter of the temperance cause, Seraph served as President, Treasurer, Secretary, and "superintendent of the department of Heredity and Health" (304) of her area's Woman's Christian Temperance Union.

Dr. Seraph Frissell passed away in 1915.